He notes that the books were initially growing exponentially. (I thought they were growing in Fibonacci scale, just by eyeballing the heights of each hardcover.) 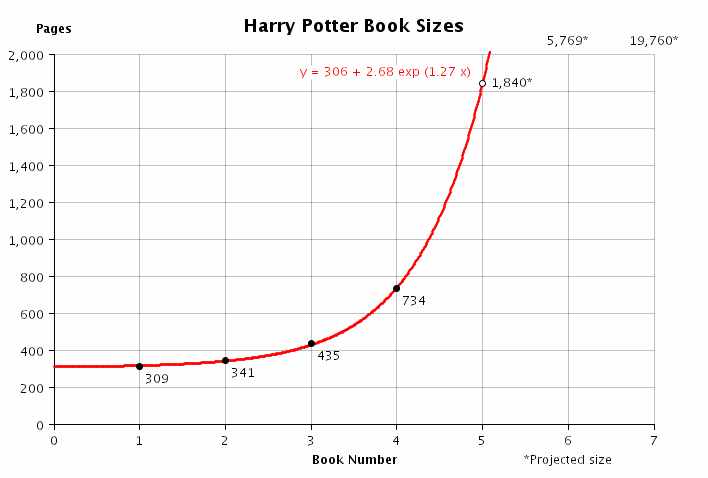 If his prediction had held, the last book should have been just over 7000 pages. Which would not qualify it at the longest book ever. In fact, it would only be number four.

His final graph takes into account all seven books. 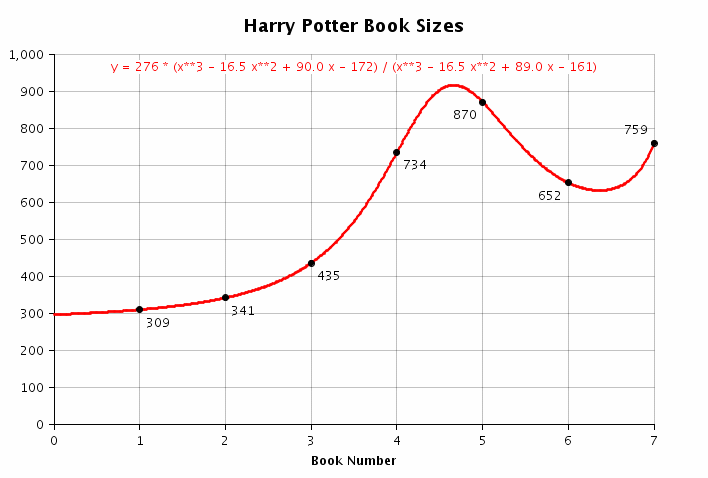 And if I ever need an example of overfitting, I'm using this.

(Commenting is closed. Please tweet me at @landedstar instead.)